Our services
Suppliers
Stanley Stella
Portfolio
FAQ
About Us
Webshop

The current business was born out of the company Swagg Imports which was started in 1984 by the current owner and founder Dave Lax.

The founder Dave Lax moved from England to Sweden in 1971. While he was studying to be a nurse, he worked extra to sell T-shirts and merchandise for, among other things, Bopper’s concerts in various folk parks around Sweden. He opened his eyes to the printing industry and began to learn about different printing techniques on his own.

In 1984, Dave Swagg Import started and rented a small premises in the Hammarby industrial area. Swagg Import’s main occupation was to act as a wholesaler for everything from posters to keychains, calendars and postcards, etc. In addition, a manual pressure spinner was also purchased which allowed him to start selling self-printed clothes. The company grew rapidly towards the profile industry and the company changed premises several times over the years to be able to expand its operations. Swagg import also changed its name to Swagg Screen & Textil AB.

In 2001, Swagg moved to our current premises in Hägersten. Experiences and knowledge in the industry increased and more and more printing techniques such as embroidery and transfers began to be offered as alternative processing methods. The customer clientele at this time consisted almost exclusively of profile companies.

In 2012, Dean Lax, Dave’s son, took over the majority of the responsibility and expanded the business further. From then having worked only towards profiles to today having a customer base where almost 80% of the customers are our own. We are also awarded diplomas from Superföretagarna, which we are very proud of.

Today we are still located in Hägersten where we have both production and offices. Our business has been steadily developed and today additional printing techniques such as digital printing and latex printing have been added. We have expanded the business and to some extent offer layouts such as on-demand and logistics / warehousing solutions. A common thread throughout Swagg’s history is that we have always had a solid environmental thinking at all levels within the business and is something that Dave Lax has taken with him right from his training as a nurse. Today, we are, among other things, GOTS-certified, Offical dealers for Stanley / Stella and are constantly working to ensure that the business is constantly improved so that its environmental impact is minimized as far as possible.

We also have a newly renovated Showroom with the entire Stanley / Stella range of garments and a lot of other things that customers are more than happy to visit.

We strive to have a minimal impact on the climate

Swagg Screen and Textile is a textile printing company that refines clothes mainly through screen printing, embroidery, transfer and digital printing. Production takes place with us in Västberga unless otherwise stated. The company's goal is for the business to be constantly improved so that its environmental impact is minimized. 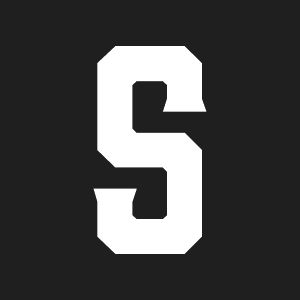